Headwraps in the workplace?

Headwraps in the workplace?

I am a black woman. A Haitian born, American raised woman. I am an avid headwrap-wearer! It stems from my culture both immediate and ancestral and my own experience in how I choose to style my hair.

What is a headwrap? 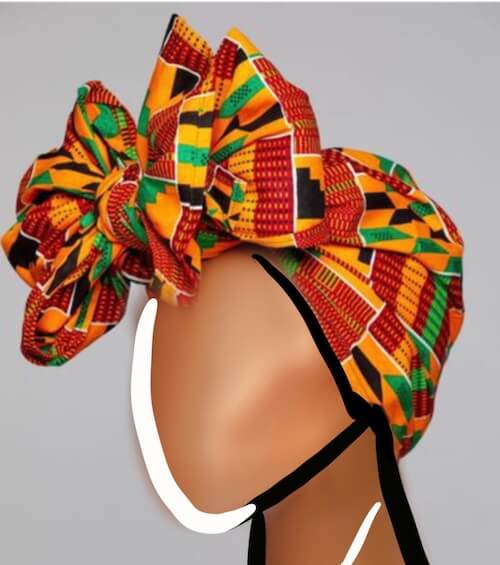 Similar to how it sounds. First, it is a fabric; it can vary in texture, thickness, length, color and style. It is essentially wrapped in an intricate pattern around the head, sometimes covering a person’s hair altogether or just portions of the hair. A typical headwrap for a black woman would be worn in a style that leaves their forehead and neck exposed.

I like to call it a regal coronet of fabric.

There are countless reasons why a person chooses to wear headwraps. Headwraps are not bound to a particular cultural group or gender. Throughout history, cultural groups across the globe wore headwraps for a variety of different reasons. It ranged from depicting a particular social status (i.e marital status) to style, religion and much more.

In this context, we are primarily focusing on black women wearing headwraps.

For the black woman, wearing headwraps can be traced back to ancestral history dating back to Sub-Saharan African and beyond. Many African people from these regions still continue the practice of wearing headwraps to our day. Outside my culture, The Nigerian geles are one particular type of headwrap I come across often, especially on social media. It’s a beautiful creased headwrap that takes shape as you bend it! I’ve seen worn in weddings and other festive events, the fabric is harder than what I’m used to but I love the vibrant colors! I wish I could tie it myself! Honing in my African roots, I often use african print fabrics as my headwraps.

The Trans-Atlantic slave trade threatened to dismantle many of cultural practices held by the captive Africans. Despite the horrors of the slave trade, the art of tying headwraps were one of the many traditions held onto by enslaved Africans. Some colonial masters tried to force enslaved black women to wear headwraps as a symbol of their captivity. However, reclaiming one’s identity took on a different spin! Many resilient women of that time took back their cultural practice and preserved the art form, passing it down from generation to generation.

They wore their regal coronet of fabric in elaborate forms and retained their sense of dignity.

In my Haitian culture, due to the history of slavery and the colonizers’ attempt to destroy or uproot the dignity of wearing headwraps, there are still those who have mixed feelings of when it’s appropriate to wear it. Some feel more comfortable to wear at home or in more private settings. There are others, like myself, who proudly wear our fabric coronet to formal locations and events.

Many of these factors, of why headwraps are worn continues to our day.

In my culture, wearing headwraps is seen more of a norm, from working women to those in the upper class. Some women wear it as a form of protection when completing tasks, some for religious observations and others as a symbol of status. On the other spectrum, there are some who now wear headwraps for just style and or haircare.

The experience I will share below speaks to the latter two reasons, style and hair care. I wear my hair in braids, crochet styles and most often in its natural state. I love my natural hair, it’s versatile and can do a number of different styles. However, there are times when my hair needs a break or more often than not, I need a break from it – one option we black women often resort to is wearing headwraps.

Let’s get back to the topic – wearing headwraps in the workplace, context (US, Tri-state area). 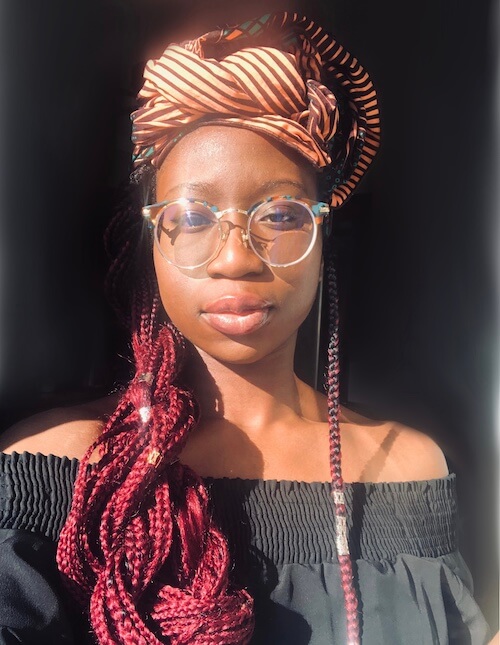 My First experience wearing a headwrap to work was at a design firm in New Jersey.

I had taken out my hair from a set of braided extensions the day before and styled my natural hair. The next day, despite my meticulous twisting process, when I took down my twists, I was not satisfied! Eventually after a couple failed style attempts, I placed my hair in an afro puff and decided it was time to drive to work. Believe it or not, 5 mins into my drive I heard a POP – And you know it! My hair-tie snapped and I didn’t have a replacement. If you ever done an afro-puff style, you know what I’m talking about! I went through all the reasons why I couldn’t call off at work, I didn’t have the PTO. So, that option was out. I texted my manager and told her I had an emergency, that I had to go back home and would be late.

Yep, I went back home and thought I had no choice but to wear a headwrap. I reasoned, if they fire me I’ll do a discrimination suit.

To compensate, I thought I must wear makeup! So I did my face, said my prayers and went to work with confidence. My countenance dared others to say something negative. That day was a sigh of relief, I got nothing but good compliments! It was an open door for me!

I proceeded to wear my headwraps more often and not just for “hair emergencies.”

There’s a joke I say amongst my black female friends, perhaps some of you can relate:

Go to the interview, get the job, and 5 months in, hit them with the headwrap!

While this may be funny, it’s a lived reality. A direct personal experience. I soon moved on from the design firm and began working in an area that better fit my major in college. I was hired at a well known public interest firm as a paralegal.

My intellect and work proficiency has nothing to do with my physical appearance!

Yet, I feared being judged! Or even worse lose my job. So, yes I did wait. I reasoned, braided extensions and other hairstyles were more acceptable than wearing headwraps. Thus, for that interval time, I wore those styles. I was anxious the first time I wore a headwrap in that field. I reasoned, since I wasn’t going to court, I wasn’t meeting a client – the headwrap should be fine.

It turned out good; though, I still feel I got some side-eyes from other employees. What mattered was, I was confident and continued to wear my headwraps.

My experience may differ from many black women’s stories due to a variety of factors. There, at my job, I am readily known as the “artist,” my headwraps were taken for the most part as an artistic expression of my personality. Also, my public interest firm was proactive in addressing racism, micro-aggression and racial prejudices. We have yearly counter-racism workshops and hold group discussion. While it has some ways to go, it has taken major steps in re-writing the narrative of whiteness as the standard of beauty and professionalism.

How a black woman chose to wear their hair in the workplace can be its own separate topic.

Here are some thoughts that still goes through my mind:

In my current workplace. Yes, I’ve changed my hairstyle often.

Yes, I’ve had coworkers comment on my hairstyle changes. I’ve heard a number of comments from:

And so much more.

Our hair is versatile, in its natural state, it changes by itself without added extensions. With a mere exposure to moisture, the hair can appear to shrink in nature.

Shrinkage is our signature act, embrace it! 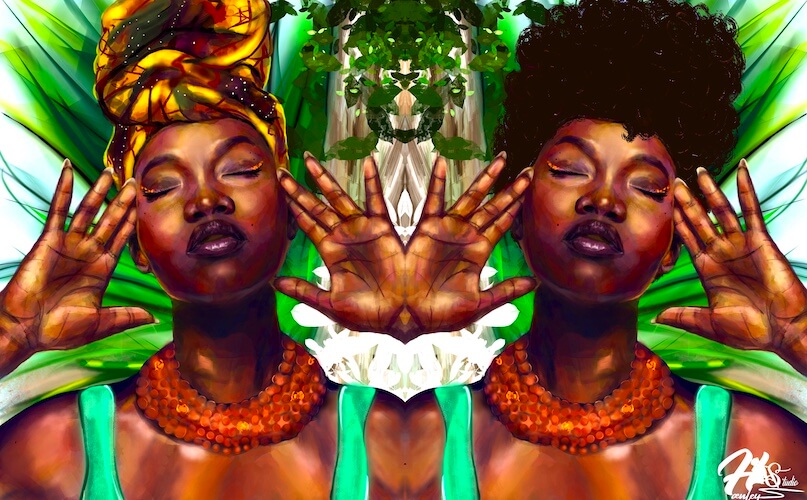 As an artist – I proudly depict various hairstyle forms in my artwork to bring representation. Especially wearing headwraps!

Let’s normalize these styles.
It’s more than just a movement, it’s a lifestyle!

To my black women readers,

Be confident. Make your headwrap part of your attire!

It’s not just a solution for those “bad hair” days. Encourage your employer to have counter-racism workshops.

Share your stories. Although, it’s not your “job to educate,” sharing your experience and providing insights makes a difference. 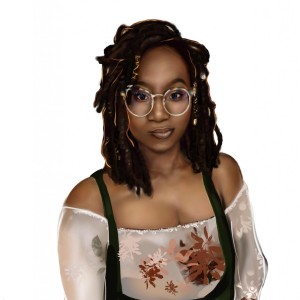 Be the first to know

Get updates about new art, art classes, and more!
Subscribe 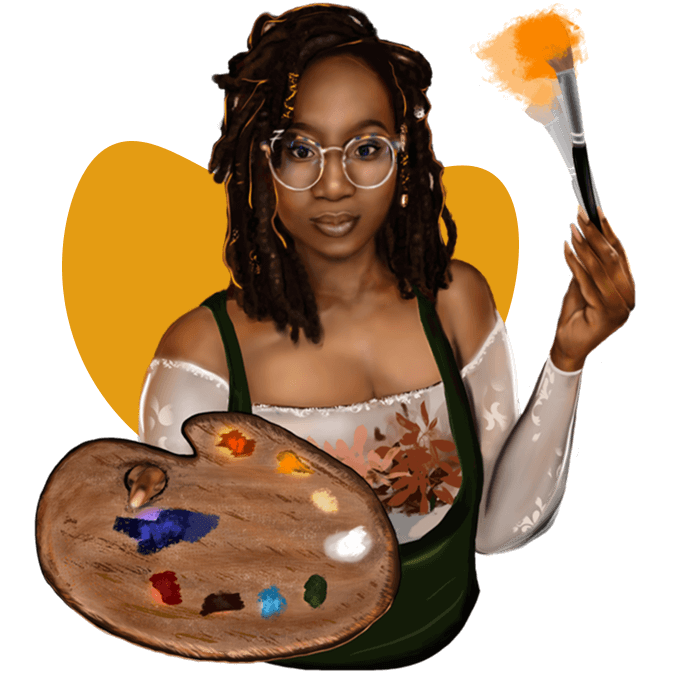 We are proud to see our creative efforts come to life! Please show respect for our work by contacting us, if you’d like to use any of our images.

Get the Latest Scoop